Just 3 km from L’Arca di Noè there is Gombola di Polinago, a picturesque village on the Modena Apennines.
The landscape of this territory in the valley of the Rossenna torrent, a tributary of the river Secchia, is characterized by farmland interspersed with oak woods, oaks, chestnuts, but also beeches and poplars, home to wild boars, foxes, roe deer, pheasants and raptors.
The altitude ranges from 300 meters in the lower part of the valley to 1053 meters of Monte San Martino.
The rich history of these places is reflected in the villages, its buildings and also in the toponymy, which tells the passing of Etruscans, Romans, Liguir-Friniati, Celts and Byzantines and families of the Da Gombola, Montecuccoli and Estense of Modena.

L’Arca di Noè is located in a strategic position from which the seventeenth-century village of Gombola is easy to reach, but also the castle of Brandola, with the Hercules bridge and the miraculous spring water, the panoramic hill of Polinago from which you can admire Monte Cimone, Palazzo Cesis di Talbignano, the Salsa Eruttiva di Canalina and the Crinali di Prignano, perfect for exploring the territory of the towns of Polinago and Pavullo nel Frignano.
A landscape rich in history and nature, offering many possibilities for leisure, sport and culture.
Gombola is one of the few places that can proudly say of having a “Saint”.

Read the story of the “Saint” of Gombola

Walking through the streets of Gombola there are several interesting things you can encounter. Ca ‘del Ghiddo is a building dating from the late eighteenth or early nineteenth century, which has a seventeenth-century tower and an eighteenth-century oratory dedicated to the Blessed Virgin of the Snow. 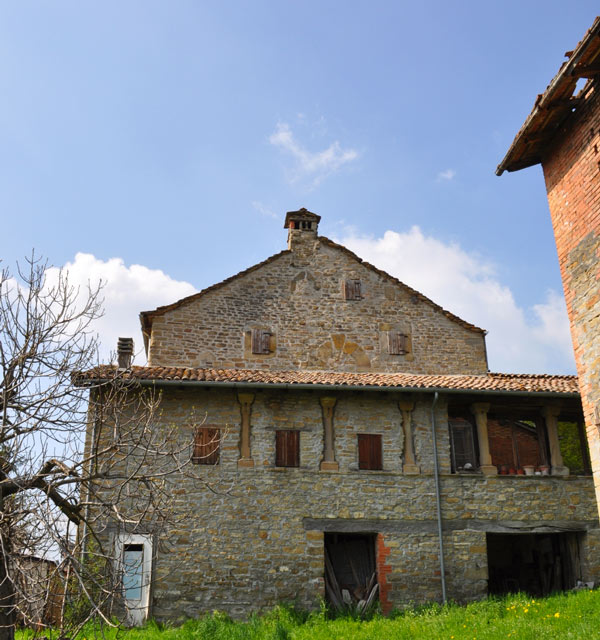 Casa Barduzzi with its casatorire of the early fourteenth century. Along Via San Michele stands La Picciniera, another hamlet where you can admire a tower house of the second half of the sixteenth century, an oratory dedicated to the Blessed Virgin of the Rosary and an eighteenth-century votive shrine. During the Second World War Picciniera hosted the partisan command of “General Marcello” and an epigraph on Casa Pace recalls the sacrifice of Franco Cesana, who with his 13 years is the youngest fallen partisan of Italy. 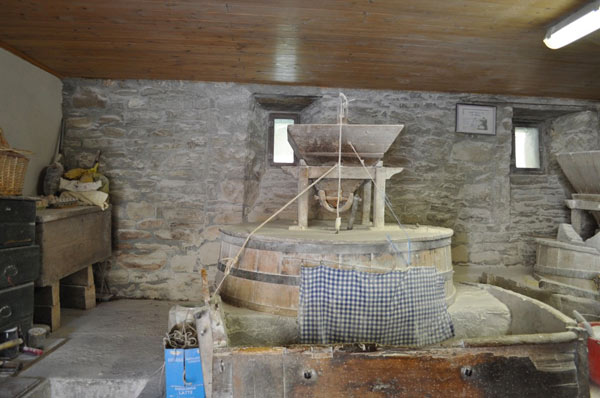 Moving away from the center, along paths immersed in nature, you can reach the water mill of Gombola, which dates back to the nineteenth century and belongs to the Veratti family; it is one of the few water mills still in operation in the production of cereals and chestnut flour thanks to a locks and channeling system, that utilizes the water of the Rossenna stream to operate the ancient millstones.
This place is particularly important for the inhabitants of the area, so that every year, at the beginning of August, the “Festa del Mulino di Gombola” is celebrated, during which the stone-ground flour is used for the preparation of delicious local products.
The history of the Mill of Gombola is also told here

The story of the miller from Gombola

Festival preview of the Mill of Gombola 2016

The festival of the Mill of Gombola 2016 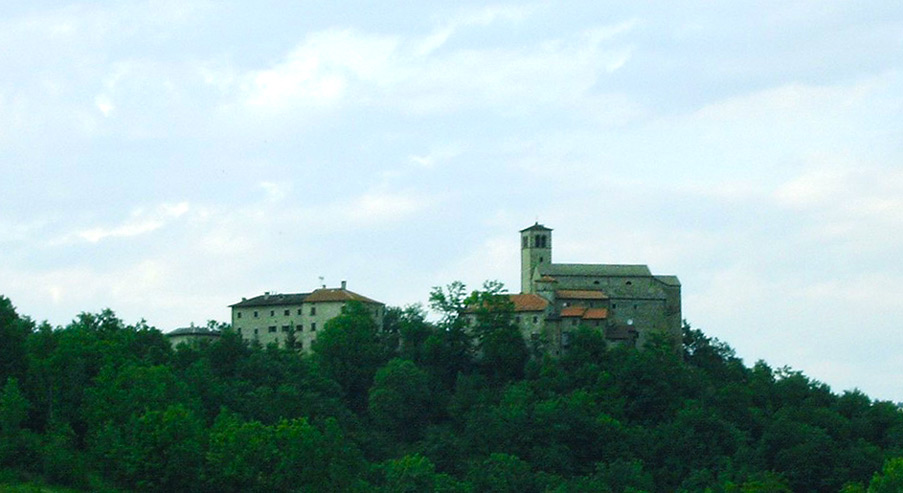 Continuing along the path you reach the Podesteria Castle of Gombola, a stone building built in the seventeenth century by the Cesi Counts as the administrative seat of the county.
Inside you can still see the ancient chimneys and the stone floors.
Maranello is a village that can be admired along the scenic road that connects Gombola to Polinago. Here you can admire the ancient oratory dedicated to San Pancrazio. A few meters above is the Casella village that dominates the mountain and the whole valley of Gombola, with its great cross and the religious shrine of 1878. 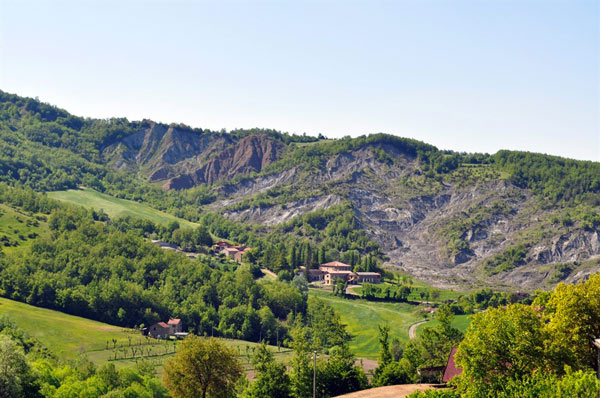 Ca ‘del Tòc (the house of touch), just outside the village, is famous for a legend: “A local priest had bound his assets to a commitment from his nephew to support his soul. To those, who did not care, the uncle appeared repeatedly reproaching him and calling him back to the promise made. The beseeching voice of the deceased expanded into the Torella Valley. One night, during which the voice of the deceased had become more insistent and almost threatening, the young nephew rudely opened the shutters, cursed his uncle’s commitment and closed it again. A violent impact is felt against them. In the morning the imprint of a burning hand was imprinted on it. The fear of the young man was enormous that his hair turned white and in the matter of 48 hours he fell dead. From this day on the people named the house “tòc” or stroke. It is said that the shutter on which the imprint of the hand remained is kept in the Vatican at the Supernatural museum. “(From” Polinago and its fractions “by Pasquino Fiorenzi). 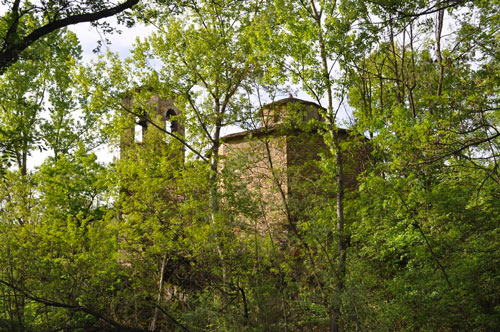 Heading towards Talbignano we find the Oratory of Santa Croce, another place around which stories and legends revolve. One of these narrates that Bartolomeo Casolari, on April 3, 1769, together with his son, had noticed a stone with a cross that stood out for its color, the cross is said to be visible even at night. His son Don Paolo Casolari had build an oratory dedicated to the cult of the Holy Cross. In reality, however, we have news of the existence of the Oratory since 1006.i

The Dura Gombola is an annual race for cyclists, a challenging

5 km up-hill-race from Gombola to Casa Storto, with an average gradient of 12% and nine hairpin curves, each of which is dedicated to a great cyclist, from Coppi to Pantani to Frignanese Meo Venturelli, who used to train exactly on this path.

In addition to L’Arca di Noè there is another educational farm near Gombola that is called, the friends of the Asineria di Gombola

See the route of the Dura Gombola